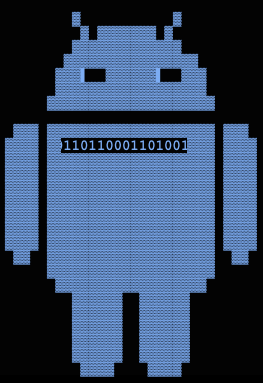 I didn’t win the Google I/O ticket lottery this year, but thought I’d try to find and solve one of the secret puzzles Google was hiding, to get a chance to buy a reserved ticket.

I noticed that the Google Developers page header contained the text “I/O”, with different colors for each of the letters. Refreshing the page changed their colors, and occasionally removed them from the page. Looking at the source code, I found this:

You might as well check out the hint url before reading on. Yep, it got me too. But… it turns out it is a hint.

The blocks of numbers in the comments on the last line were clearly binary, so I converted them to integers: 5,2,1,3,4,0. I refreshed the page several times, printing out lots of values for the hex color of the “I” and “O”, and with the resulting binary->integer conversions. I didn’t see any real pattern in the hex color values, but did notice that each of the binary->integer conversions always had exactly one of each 0,1,2,3,4,5 - this looks like a series of indexes.

Going back to our hint, I realized that the goal is to come up with the 6-character code to use as a Google shortened URL. Rather than 6 characters, it appears that we have 12 and a series of 6 indexes, but really, those color codes each have 3 hex components:

Convert these to decimal:

And now, convert them from decimal to ASCII characters:

Prefix that code with the Google URL-Shortening domain, and we have:

Success! Well, sort of. By the time I solved this, all of the codes seemed to be taken. Of hundreds of codes generated, only a few worked. I’m not sure if some random ones were thrown in, or if I’m missing another piece to the puzzle. In any case, the shortened link redirects you to a fun console-based game, reminiscent of the old terminal-based Zork and Hitchhiker’s Guide to the Galaxy games, but with color and simple animations.

At the time of this writing, this game link still works, so have a go at it. Take a look at my Python code that generates URLs by refreshing the Google Developers page and calculating the secret shortened URL.

Here’s a screenshot with all of the different options selected.